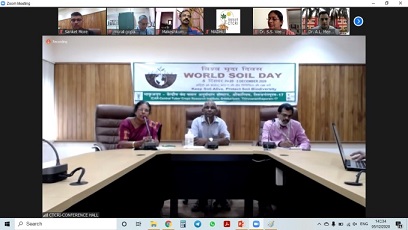 World Soil Day (WSD) 2020 was celebrated at ICAR-CTCRI on 5 December at 2.30 p.m. in the Golden Jubilee Hall of our Institute on virtual mode. The programme started with ICAR theme song followed by welcome address by Dr. Susan John. K, Principal Scientist (Soil Science) and Nodal Officer of the Soil Health Card Programme. […] 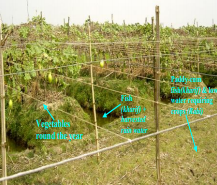 About 20% of the farm area is converted into on-farm reservoir to harvest excess rainwater. The dug-out soil is used to raise the land to form high and medium land situations besides the original low land situation in the farm for growing multiple and diversified crops throughout the year instead of mono-cropping with rice in […] 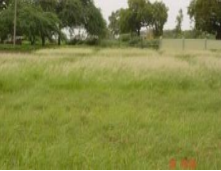 Cultivation of forage grasses, Dichanthium annulatum and Leptochloa fusca in a ridge-furrow planting system with 50 cm high ridge and 1 m between midpoints of two successive ridges was found ideal in saline black soils having salinity up to 10 dS m-1 . For maximizing forage production, Dichanthium on ridges and Leptochloa in furrows form […] 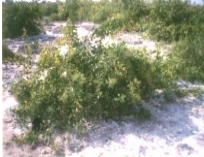 Salvadora persica L. (Meswak), a facultative halophyte which is a potential source for seed oil has been identified as a predominant species in highly saline habitats of coastal and inland black soils (ECe >30 dS/m). This species is a medicinal plant of great value and its bark contains resins and an alkaloid called Salvadoricine. The […] 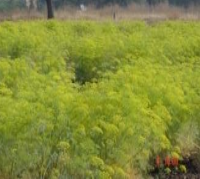 Dill (Anethum graveolens), a non-conventional seed spice crop has been identified as potential crop for cultivation on saline black soils having salinity up to 6 dS m-1 in rabi season with the residual soil moisture. It has multiple uses viz., pot herb, leafy vegetable, seeds used as condiments and seed oil for aromatic and medicinal […] 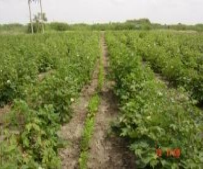 Salt-affected Vertisols (Black cotton soils) cover an area of approximately 0.80 million hectares in the country, of which 0.12 million hectares are estimated to occur in Gujarat. Due to high clay content and other physic-chemical properties, soils are adversely affected even at low salt concentration and exchangeable sodium contents. Restoring the productivity of these lands, […]

Since majority of sodic lands in U.P. are with resource poor medium to small land holders. Therefore, for them a system of raised and sunken bed was evolved using land modification technique in Sarda Sahayak canal command area. In raised and sunken bed system the area is divided into number of strips of desired width. […] 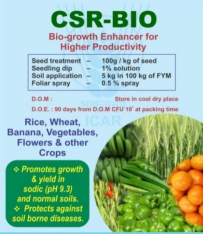 It is a low cost multiplication technology of salt tolerant bio-growth enhancers (CSR-BIO) for increasing productivity of agri-horti crops in normal and sodic soils. The technology is developed to produce microbial consortia of beneficial microbes which have universal applicability, higher shelf-life and lower cost of production. The consortium of microbes enhances the growth, productivity, nutrient […] 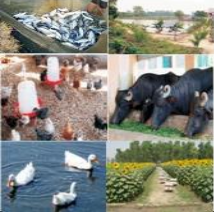